The heart and brain of the Voltin system.

It operates as a automated data capture device which is modular in design and in application.

It provides a means to conduct cost effective technical inspections where drones(UAVs) cannot operate. It is versatile, accurate and analytical in its function. 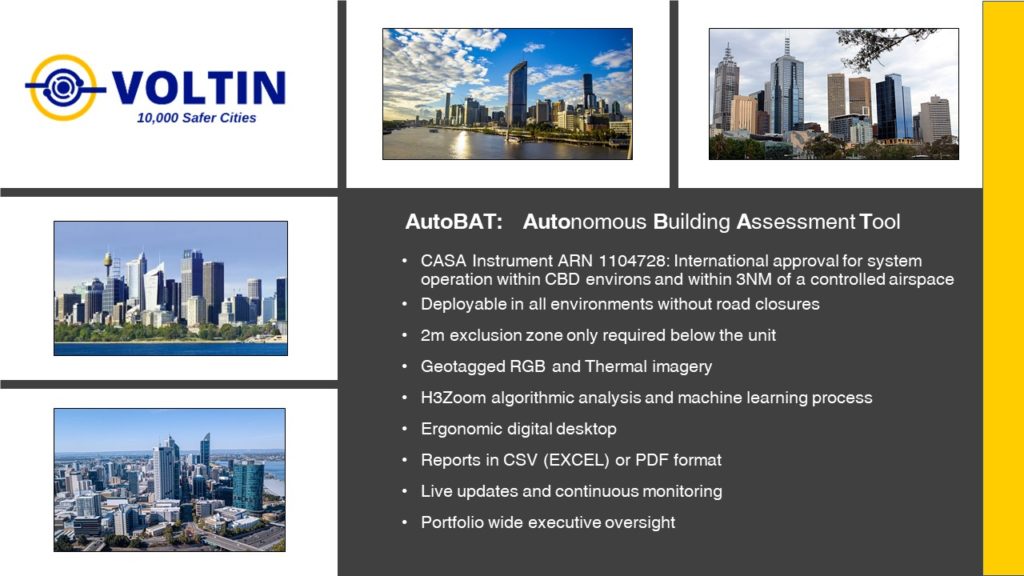 Voltin is an Australian based international facade inspection company which was established as a result of our experience in providing specialised building inspections for the last 12 years. We recognised that there had to be a better way.

Inspections of high-rise structures are currently conducted by a manpower intensive system utilising rope, gantry, or work platform access. This is a laborious sub-optimal process.

The asset inspections industry has moved towards employing Unmanned Aerial Vehicles (UAVs) or ‘drones’ for photographic image capture. This method is typically not applicable to high rise buildings due to regulations that limit the use of drones: 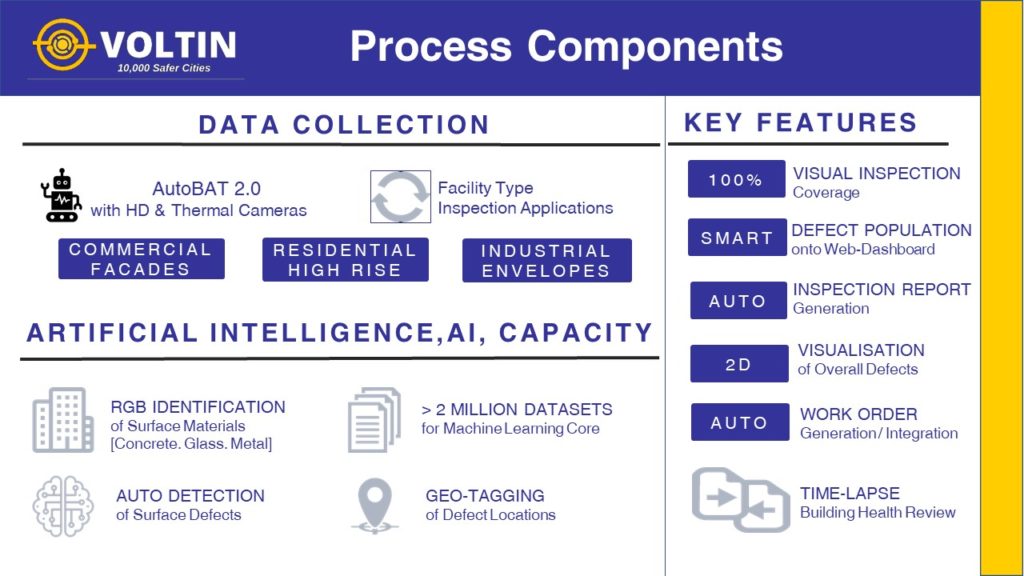 Voltin realised that an autonomous device operating in the urban environment which had the versatility of a drone, UAV, but without its limitations was a solution combining mechanical, electronic systems with a synchronised software controller.

The Voltin system is an autonomous mechatronic data capture process which is augmented by a software machine learning algorithm to produce a photogrammetry defect analysis of the scanned facade.

Diagrammatic representations of the Voltin system  workflow and process components are shown. 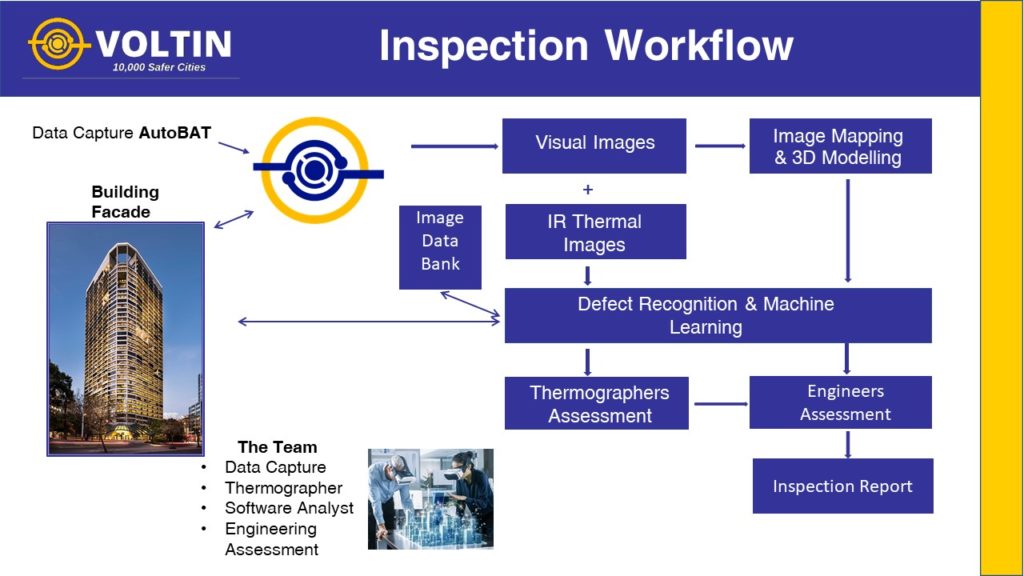 Voltin a 21st Century solution to a real world problem

Get A Quote
Scroll to Top